When I was a kid, whenever I wanted to confess to my mother that I had done something wrong or if I wanted to ask for her permission to do something, I would often feel paralyzed. I’d repeatedly rehearse what I wanted to say and I would imagine the words building up on my tongue butwould be afraid of opening my mouth and letting them fall out. I carried this image with me well into my adult years and came to the realization that I was afraid of these conversations because I had imagined around 20 different scenarios in which the outcome was negative. I would stop myself from asking for what I wanted, apologizing for my wrongdoings, correcting people for misspelling or mispronouncing my name, all in order to avoid the confrontation.

What keeps us from engaging in these discussions? More often than not, we imagine dozens of different scenarios about how the conversation will go – Will he be angry? Will they think I don’t care? Will I get fired? Will she say no? Typically, when we are avoiding these conversations, we are either anxious about the outcome or we are anxious about being uncomfortable. When some of us imagine having these discussions, we may think to ourselves I can’t bear opening myself to the possibility of rejection, I can’t stand how awkward and uncomfortable I feel asking for this raise, I can’t tolerate how my partner might respond.

Take a moment to think about what happened the last time you avoided an important but difficult conversation. What did you sacrifice in order to avoid that discomfort? Perhaps you missed an opportunity to talk to your boss about a promotion. Maybe your partner still doesn’t know that you think he interacted rudely with your family. It’s possible that you got stuck doing all the cleaning around your apartment because your roommates don’t know it bothers you when they don’t pick up after themselves. We often convince ourselves that the consequences of having that difficult conversation is greater than the consequence of not having it.

How can we avoid these conversations less often? Many of us engage in “magical thinking” when having a tough discussion. Magical thinking is when you tell yourself that you know what people really think. For example, you tell your family members about your new partner and they react positively, stating how happy they are for you and their excitement to meet him/her, but you tell yourself that you know what they really think – they can’t believe I have a new partner so soon after my last break up, they’ll never accept him/her, they think I can’t keep a stable relationship. When you find yourself magically thinking, remind yourself that it is impossible to know the future or know for certain what people think.

Another way to stop avoiding these conversations is to describe it in non-threatening terms. I frequently tell my clients about the importance of semantics. The words that we use when we talk to ourselves are very powerful. If, before engaging in a challenging conversation, you tell yourself something along the lines of Oh God, this is going to be awful, I’m going to look foolish and be rejected, I may as well not say anything at all since nothing will ever change, you are far more likely to avoid. If, instead, you think This conversation may be difficult but I can stand the discomfort, this is an opportunity to practice for future conversations, I am more likely to get what I want by having this conversation, then you’ve just increased the chance that you’ll have the discussion.

You are good at what you practice. So, if you practice making yourself anxious by describing the conversation as threatening, awful, and futile, you will be great at making yourself avoid confrontation. However, if your goal is to lead a fulfilling life free of avoidance, it is in your best interest to practice a) describing the encounter in a neutral or positive way, b) acknowledging that you can’t know the future or what people will think or feel about what you have to say, and c) having these conversations in spite of your anxiety. 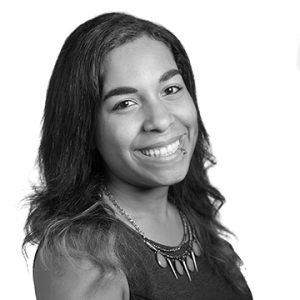