June is Gay Pride month, culminating this Sunday, June 24th with the NYC Gay Pride Parade. Gay Pride means many things to many people, but it usually involves taking a positive stance against discrimination and violence directed toward LGBTQ+ people, promoting their self-affirmation, dignity, and equality rights, as well as increasing their visibility as a social group, building community, celebrating sexual diversity, and gender variance.

The clinicians at Citron Hennessey in Manhattan are happy to celebrate Gay Pride month. Some of our counseling services are designed with the LGBTQ+ community in mind and our team has the expertise to help people with questions of identity.

Over the past few years, we have seen a radical shift in cultural norms related to sex and gender identities. For too long, women, minorities and LGBTQ+ individuals have had to fight for equal status and dignity in our culture, and we’re still fighting in many ways.

Major paradigm shifts can happen quickly, especially now with the help of social and mainstream media. That said, each of us is still affected by the internalized biases we engender by virtue of the fact that we were born and raised into a heteronormative, patriarchal culture. We are affected even if we identify as LGBTQ+, feminist, or open-minded.

However you personally identify, one thing that is helpful for all of us is to understand how our cultural conditioning can impact our sense of self, others, and the world around us. So much of therapy is about learning to see how we have been conditioned in ways that limit our freedoms, well-being, or even our ability to form healthy relationships or tolerate differences.

We are all born into our own unique, personal culture: the culture of our family. From the perspective of ecological systems theory, the work of life is developing within the ever-widening sphere of influence that we call culture. The first system we ever know is our own family. Our development, at least initially, depends on the health and well-being of that system.

Over time, we are influenced by our family’s relationships and history, their choice in religious practices, their socioeconomic status, the schools we are sent to, the ethnicities we are exposed to, and the ongoing demonstration of tolerance or intolerance that we are exposed to when it comes to difference. Of course, every family is also more widely influenced by larger cultural norms and institutions. All of these systemic norms become integrated into our sense of self. When we encounter differences, or we attempt to change from within, we usually experience a sense of disequilibrium or discomfort as we accommodate new information.

Challenging our own internalized cultural systems and being willing to tolerate the discomfort of accommodating new information is the work of therapy and the work of change. If you identify as LGBTQ+, you’ve likely already had to work very hard to establish a sense of self within a culture that has historically rejected anything other than heteronormative values.

To identify as LGBTQ+ is one way to authentically embody the American value of individualism. Growing up and discovering who we authentically are at our core, despite whatever cultural conditioning we were exposed to, can be difficult for all of us. It’s even that much more difficult for those who don’t fall into neat, binary categories that our greater culture would have us believe is the norm.

As a therapist at Citron Hennessey Private Therapy, I think we can all benefit from considering the ways in which our cultural conditioning may be hindering our choices and our freedoms. From the earliest experiences of childhood, to the greater cultural norms that we unwittingly engender over time, we do NOT have to be victims of circumstances. We can change if we are willing to feel some discomfort. And for many of us, the discomfort of change may seem far more appealing than the pain of staying the same. Counseling services can help you embrace the discomfort of change and embrace individualism.

This weekend, look to the LGBTQ+ community as a model of courage and commitment to individualism and change. Fly your freak flag, no matter what color it is, and feel the freedom of being YOU. 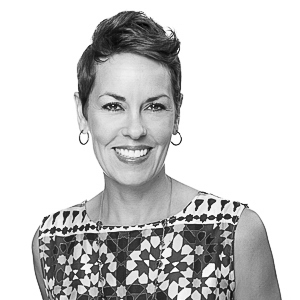 Jody is a senior therapist at Citron Hennessey Private Therapy. Using a mindfulness-based approach, Jody works with individuals and couples to help them develop the resources and skills to make positive changes in their lives, as well as learn how to relate to themselves and others with more compassion and acceptance. She works particularly well with clients coping with the effects of developmental trauma.