You think you have a great connection with someone. You wine them, dine them, steal a kiss at the subway stop. Everything is going great. Or so you think. From nowhere, the dreaded radio silence.

Maybe this is a trait enhanced on the New York dating scene, where dating is a competitive sport, driven by the sheer number of competitors, a sense of “FOMO” that we all suffer from, and, as a result, a fear of ”settling”. It is then a logical segue that we sometimes find ourselves “dating” multiple people at once, throwing numerous arrows in the hope that one will stick.

Juggling multiple potential suitors can lead to poor communication; with too many text conversations, too many appointments to be kept, we sometimes lack a sense of connection or, in the worst case, radio silence, leaving us with no choice but to make assumptions about what the other is thinking.

It is the common cognitive distortion of jumping to conclusions, that more likely than not, involves fearing the worst and focusing on the negative. So, how to deal with Radio Silence?

It could mean any number of things, but we don’t know. You can tolerate not knowing. You don’t have to know. While it is important not to jump to conclusions about why your beau hasn’t been in touch, your suspicions may be right. However, we just don’t know at this stage, so save the energy of worrying until it is needed, if at all.

And in the worst case scenario, it is radio silence. You won’t hear from them again. The way I look at it, you made a lucky escape. Rather than thinking “what did I do wrong”, change your mindset to understand that in fact they eliminated themselves, and with their behavior proved that they were not right for you. They eliminated themselves, and you didn’t have to do any of the work. That is how to deal with Radio Silence. 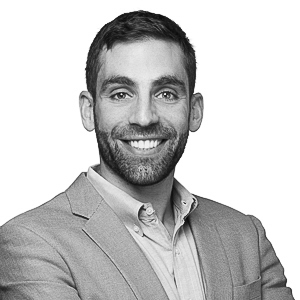 Leonard is a Partner at Citron Hennessey. He is extensively trained in Cognitive Behavioral Therapy, Rational Emotive Behavioral Therapy and Reality Therapy. Leonard focuses on the present, while helping clients to understand how past events and relationships may still be influence their thoughts, feelings and behaviors today.