Hey there! In my previous post on depression I wrote that it’s mood and symptoms “stem from your beliefs about yourself, your goals and your appraisal of what a situation ultimately means.” I thought it would be useful to talk a bit more about the theory of emotions behind that, to help you better understand your feelings. I’ll do that, using Anger as an example of an emotion, and discuss what I see as the best theory of emotion there is, that of psychologist Richard Lazarus.

A lot of people feel emotions, and “emotional people,” are problematic. But the truth is that human beings have always been emotional creatures; the emotions have played an indelible, irreplaceable role in our evolution as a species, and in the development of our societies. It would not be difficult to argue that anger has been the single most formative emotion, for good and ill. And you may recognize that it’s played a fundamental role in your own life. But what is it?

Well, at the most basic level, anger is an evolutionarily adaptive response to stress in one’s environment. That is, our evolution has shown that anger is a very useful response to some challenges we face as social, intelligent beings. It’s so useful because it elicits a variety of physiological changes that ready the body for action, and specifically action to help us with the important work of “keeping up appearances” in our social groups. Anger does this by allowing us to take in a lot of information very quickly, and then both suggesting and strongly motivating us toward hopefully useful (but often risky) actions.

Keeping up appearances is deeper than having as nice an apartment, car, or clothing as our friends. It is an innate requirement for humans that our social group respects and welcomes us. Humans don’t do so well isolated, but do quite well as members of groups such as social circles, families, and neighborhoods. So throughout our history, we’ve developed a keen awareness of the importance of trying to secure our social standing. Anger helps specifically with threats to that.

Lazarus explains that all emotions have “relational themes,” meaning that your emotions are tailored to what you’ve learned from early on about who you are, and what short and long-term goals you should strive for. I like to add to that that they also include how you learned to get affection and attention, which comes from Alfred Adler. Basically, your emotions help you to judge lightning quick how a certain situation you find yourself in relates to you and your goals.

But there’s one more component I need to make clear about this theory; Lazarus doesn’t mean by “you” simply you as an individual. Rather, from childhood on we learn to care about and for others, and to take on values. Any time that these things come into play, we are liable to have an emotional reaction. The more you feel is at stake, the more intense the emotion.

So, what happens in the case of anger? We get angry when 3 things happen: First, we appraise that there is real or potential harm to “us,” to our social standing. Second, we can identify someone (or some specific agent) that is the cause of the harm, and finally, that if we act we can minimize, stop, or change the situation to fix the harm.

The next time you’re feeling angry, pause to explicitly ask yourself if you can say what seems like it’s hurting or might hurt your social standing, or the beliefs and connections that support it. Really consider how much of a threat this thing is. It is easy to be too sensitive to potential threats that aren’t real threats. Then ask if you can identify who is the threat, and finally whether you can actually do anything productive (beneficial, and not dangerous or illegal!) about it. If you can do all these things, then your anger can be your friend. If you find anger more often than not is being your enemy, it may be a good idea to talk to a mental health professional to figure out what is the matter.

In sum, what we have is this:

Sometimes it can be very hard to halt that urge to act on our initial appraisal, and we end up acting poorly. But the lesson isn’t to throw out emotions. The answer is to learn, through improved self-awareness, and sometimes with the help of therapy, to pause for a bit when we have an emotion and really think deeper, seek more information, and determine a safer, ultimately more beneficial course of action. 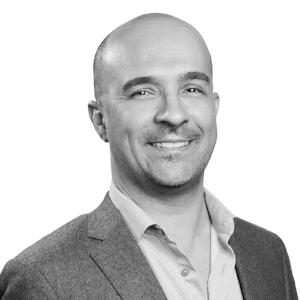