A driving tenet of a type of therapy that I practice is summarized in one simple quote by the famous greek Stoic philosopher Epictetus. “[People] are disturbed not by things, but by the views which they take of them.”

This powerful philosophy is anchored on thefundamental belief that human beings have free will. Even though there are many things beyond our control, we can significantly influence the way we feel by changing our thinking and by engaging in (and/or avoiding) certain behaviors.

The benefit of adhering to this belief is breaking free from the illusion that there are external influences to our emotions. The cost is the inherent assumption of personal responsibility; At the end of the day, only you are accountable for the way you feel.

But what if there are many “you’s”?

Allow me to share a particular memory with you.

When I was a kid, I imagined minuscule anthropomorphic beings co-existing within my body. I visualized them working together to complete my every bodily function. There were different control centers throughout my body, such as the intricate steam room inside my hand, which contained 5 levers that controlled my fingers when pulled by a miniature engineer. Another control center I remember imagining was the disassembly line which was run by hundreds of tiny workers who helped break down my food.

Up inside my head, right behind my eyes within the tall walls of my brain, was the office of the executive committee. The committee was comprised of various members, who would constantly peek out into the world and voice their opinions, concerns, appraisals, demands, desires and needs. The conglomerate of which comprised my thought process. Not all the committee members were the same. There was the adventurous one, who craved to satisfy every curiosity, who often debated with the anxious and hypervigilant one. There was the romantic who counterbalanced the skeptic and so on.

Almost automatically, in most situations, one voice (thought) would carry louder than the others, silencing those opposing it, and effectively driving my state of mind. This, I imagined was the command center that directed me to make the choices that ultimately shaped who I was. I didn’t give much thought back then about how one voice (thought) would rule out the others or why that happened though.

Why do you think so?

This metaphor still resonates with me to account for the many thoughts my mind generates every day. Now however, I notice that there’s an extra room, intimately connected to the command center, which was hidden from me as a child. Within it lies the raw observant me. The architect. This is the size-less person that ultimately chooses who in the committee to listen to; it decides what thought will reign the moment. It even chooses when and for how long the committee gets a hearing. In fact, many times, the most useful thing to when overwhelmed by the many thoughts that often pop into my mind, is to call off the hearing and focus on doing something entirely different.

It is the very awareness of this process that makes changing a harmful thought process, and therefore harmful emotions like depression and anxiety, possible. With awareness comes the ability to choose who is in the driver’s seat. Note that awareness on its own won’t be enough to change a harmful thought or emotion! It turns out that changing our thinking and therefore our feelings requires hard work and constant practice, just as anything else in this world that you can get good at.

It was by studying the work of psychologist Albert Ellis, who himself was highly influenced by Epictetus, that I discovered this new room. Ellis spent most of his career as a psychologist helping people find the tools to be able to reshape their thinking with the purpose of feeling better. The key, Ellis proposed, was the rigorous and systematic reconfiguration of our thinking; the goal, the development of a rational approach to life’s chaotic nature. He emphasized the responsibility we each carry about our own thought process and thus about our emotional well being.

To do this he suggested that we train our architects to question our comitee instead of letting them run free.

The next time you feel emotionally burdened, take a moment to pause and connect with your inner architect. Listen to your committee. Become aware of your thought process. What is the loudest voice saying? What are you telling yourself?

Once acknowledged consider the following:

Are you willing to change your emotional state? If the answer is yes, follow Ellis’s advice and ask the following:

How is what I’m telling myself helping me/ hurting me? Is it logical? Is this thought really worth holding onto? Is it really true? Can I think of other thoughts that could be more helpful in this situation?

If your thoughts are not helpful, logical, aligned or really true, you might to consider giving other thoughts a chance to be in the drivers seat. 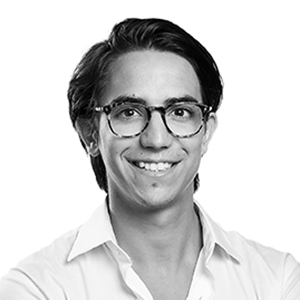 Juan believes that finding meaning in life is at the root of experiencing long term happiness. Using an integrative approach, Juan can help you find ways to significantly improve your chances of attaining your goals, and help you cope better with life's intrinsic challenges. He specializes in procrastination, OCD, anxiety, depression, anger and trauma. He is bilingual English/Spanish and is sensitive to multicultural views with a deep understanding of making cultural transitions.