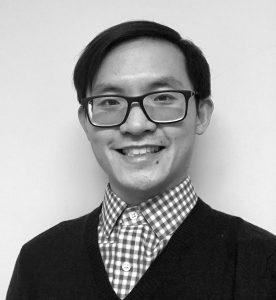 Leon is a former TEDx Speaker and Certified Life Coach from the Institute of Professional
Excellence in Coaching. Leon graduated with a Master’s from the City University of New York in
Mental Health Counseling, and he also has a Master’s in Educational Psychology from the
University of Georgia, where he studied creativity psychology. As a life coach, he works with
individuals on overcoming psychological blocks so that they may realize their goals and dreams.
Aside from the general population, he particularly works with those with social anxiety.

Leon has conducted research on the connection between ADHD and creativity and how to use
creativity to enhance people’s lives at the Torrance Center for Creativity and Talent
Development. He has interest in people whose brains are wired differently from the norm, and
believes in bringing out their gifts as much as working on their weaknesses.  He advocates for
neurodiversity, that such differences are normal and are to be embraced.

He uses Self-Determination Theory (SDT), Motivational Interviewing (MI), and personality type
theories like the MBTI and Enneagram to help people with self-understanding and realizing
their motivations. He uses a balance of the psychotherapeutic techniques, Personal-Centered
Therapy (PCT) and Cognitive-Behavioral Therapy (CBT).  In his spare time, Leon plays guitar in
the NYC subway and at shows.